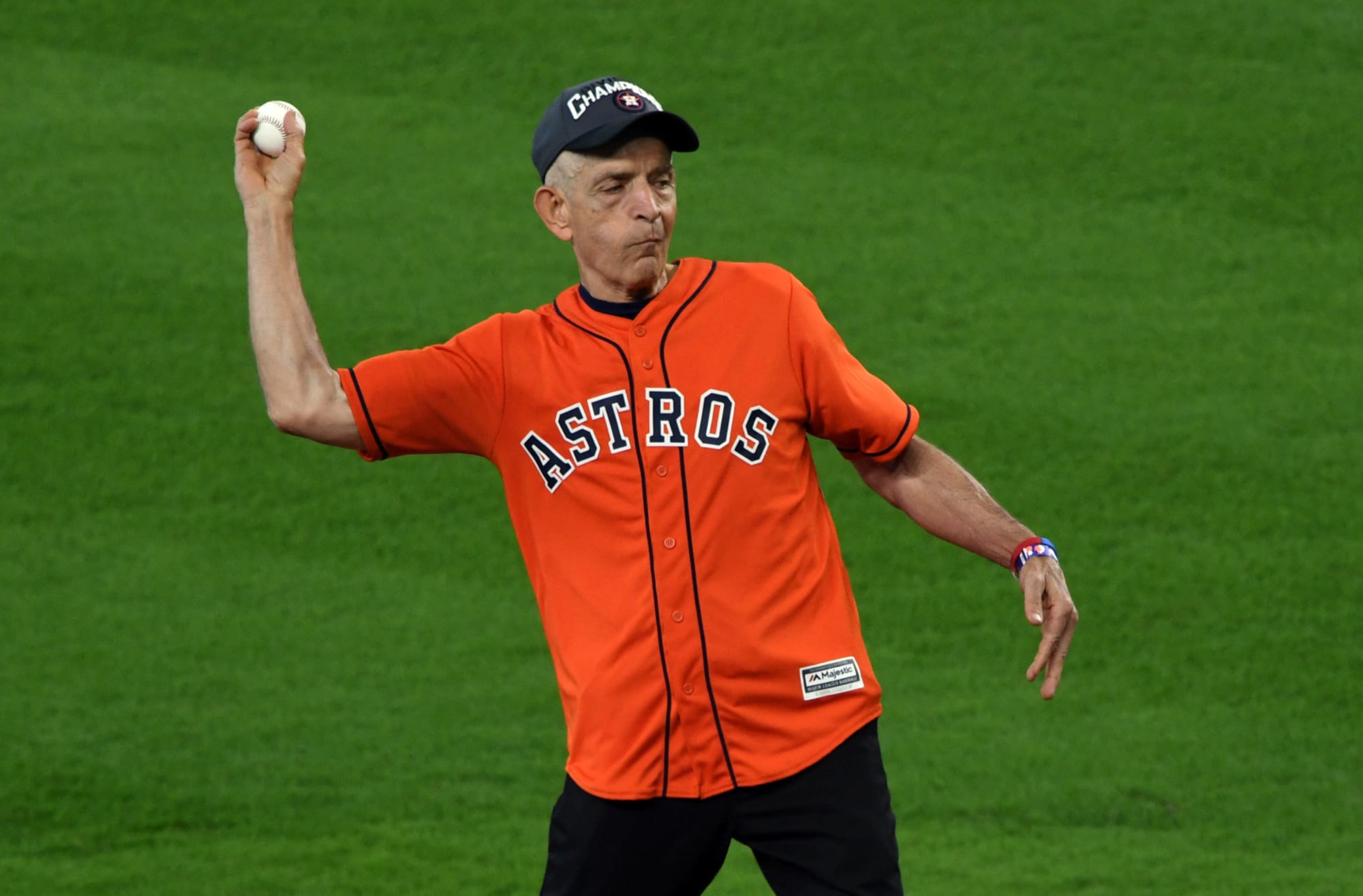 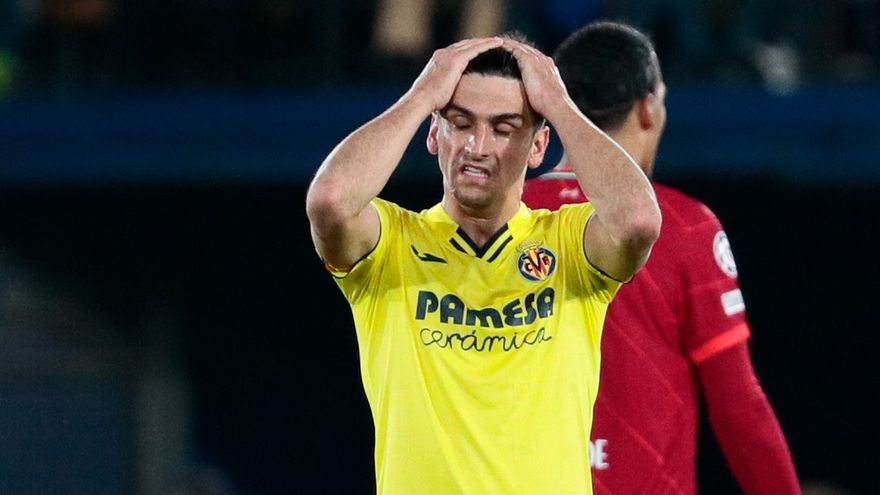 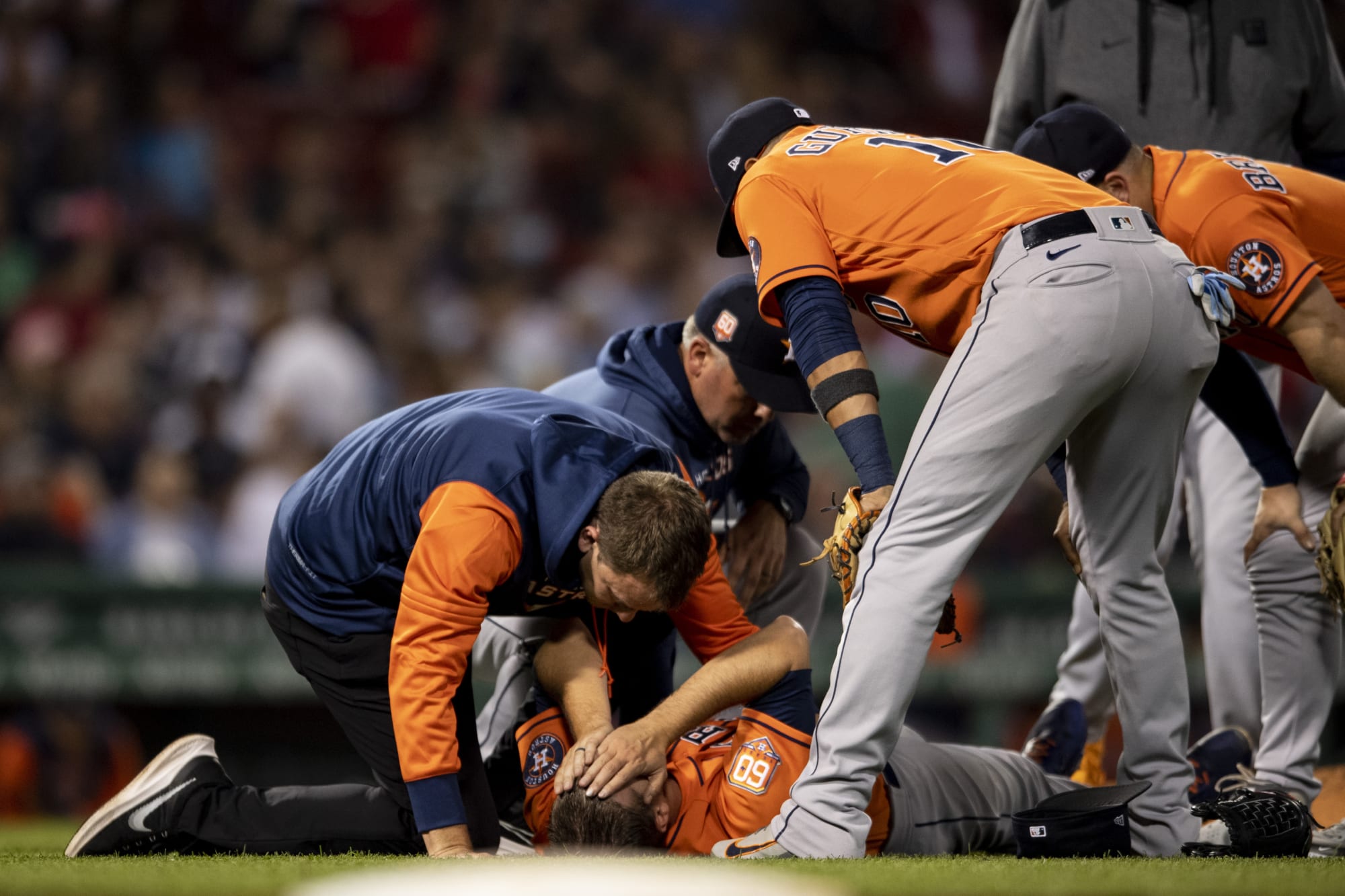 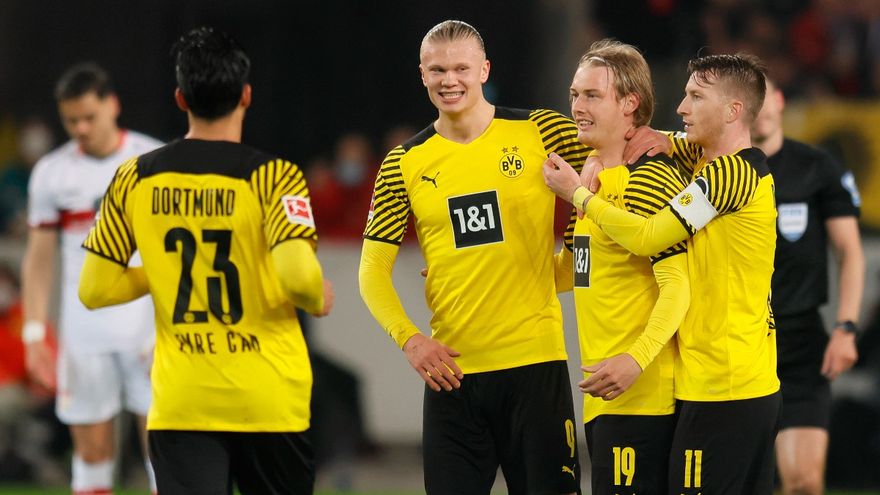 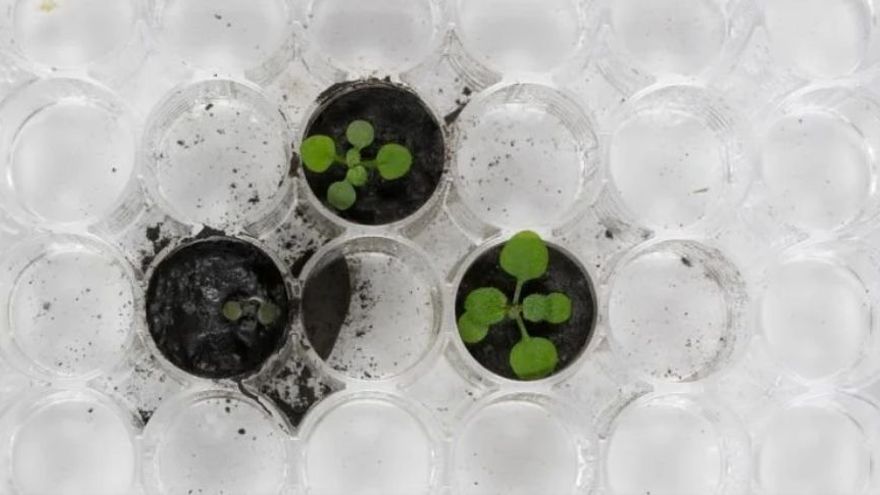 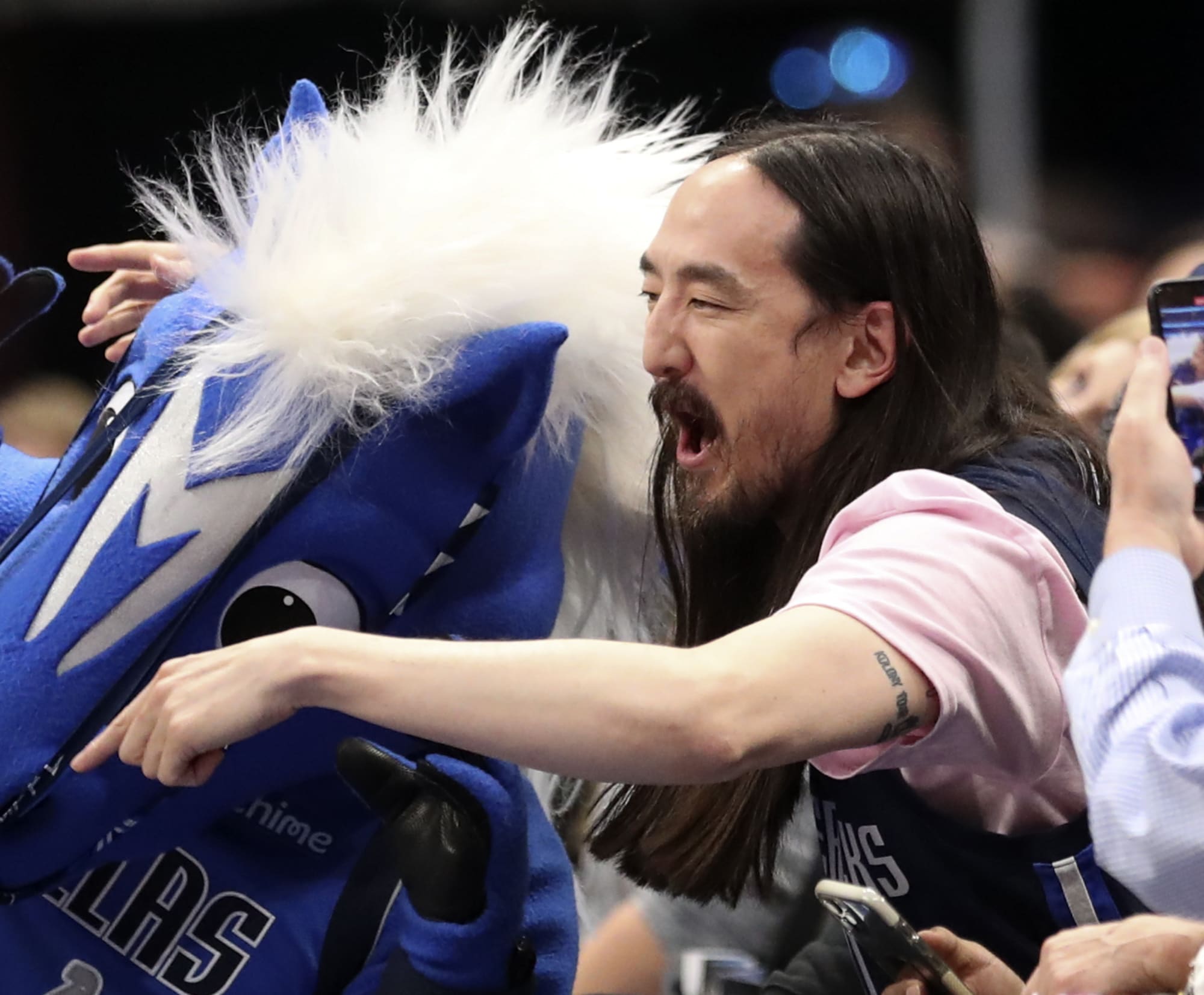 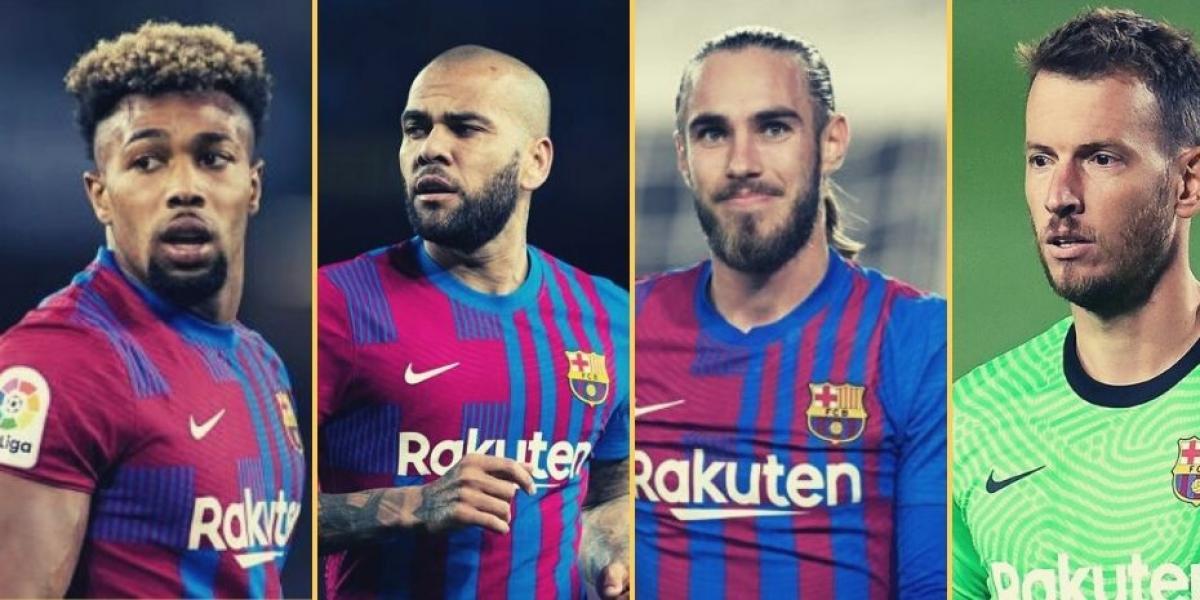 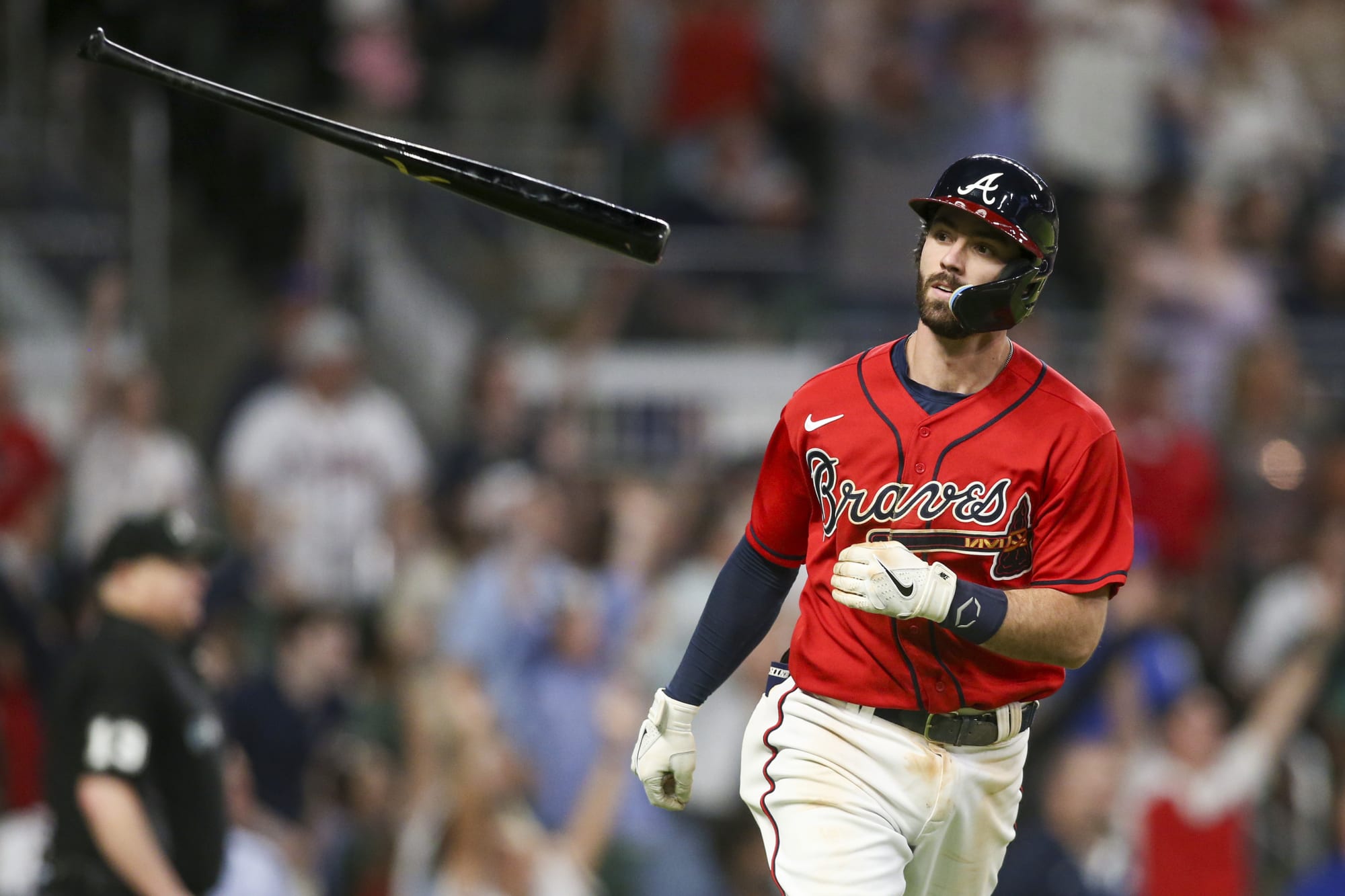 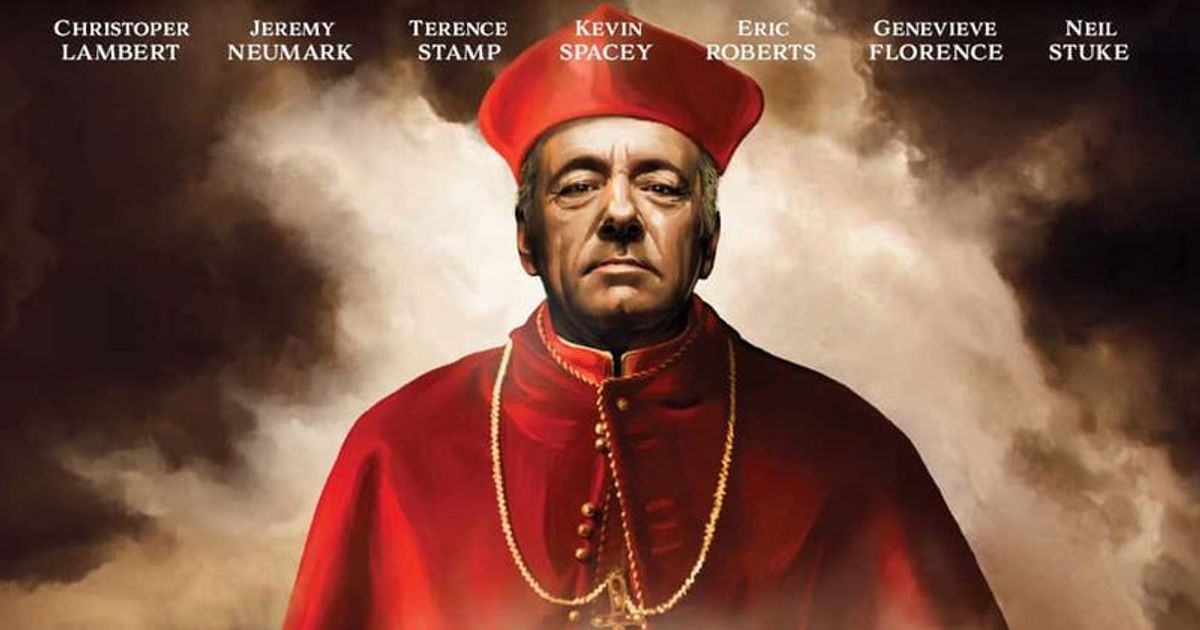 Every game played at Euro 2020 Euro 2020 is underway in 11 host cities right across Europe. There will be 51 games by the end of the tournament in July as the competing nations are whittled down.

Here’s a look at every match in the competition, ranked from worst to best.

The game that will be remembered for all the wrong reasons after Denmark star Christian Eriksen went into cardiac arrest and collapsed shortly before half-time. It could have been fatal but for the quick reaction of his teammates, match officials and medical staff.

Once Eriksen was stable in hospital, the game resumed, supposedly at the request of the Danish players. But it should never have been allowed to go on and several within the Danish camp later said they weren’t really given a lot of choice but to continue.

Few chances and disappointing finishing saw the clash between Spain and Sweden finish 0-0. The Spaniards passed the ball to death from start to finish but rarely asked meaningful questions of their opponent, who batted the ball away pretty much every time.

Alvaro Morata was guilty of missing a glorious chance for Spain, while Alexander Isak and Marcus Berg both squandered good opportunities for Sweden.

Sweden found themselves in only a marginally less poor game in their second Group E fixture than their first, with a narrow 1-0 win over Slovakia secured with a penalty in the 77th minute.

Slovakia, who had been impressive in their opening game against Poland, continue reading for more on that one, failed to muster a shot on target.

There was nothing to separate Wales and Switzerland on the second day of the tournament after a Kieffer Moore header cancelled out an earlier Breel Embolo header.

Both teams took a little while to get going and even when they did it was down to individuals like the aforementioned Embolo and Moore to make the differences, rather than a collective effort.

The pre and post-game narrative focused on England getting revenge on Croatia for the 2018 World Cup semi-final, even if that had arguably already been achieved in the 2018/19 Nations League, but the game itself wasn’t anything particularly special.

Croatia were disappointing and there only four shots on target from both teams combined over the course of the 90 minutes.

Spain know they had a golden generation of players firing them to glory between 2008 and 2012, not just because of those successes but also because of how much they’re currently struggling.

Luis Enrique’s current incarnation look pretty in possession, but a second successive draw of Euro 2020 highlighted their inability to create and finish off chances.

Alvaro Morata gave Spain the lead here, but a tournament goal from Robert Lewandowski – and a missed penalty from Gerard Moreno – allowed a rather tepid game to finish all-square.

Croatia and Czech Republic’s 1-1 draw in Glasgow effectively put the latter into the last 16 with a group game to spare, which might have been a surprise ahead of the tournament.

Both sides had the ball in good attacking areas fairly often, although the shooting was wayward and only three of 22 attempts in total at either end were actually on target.

England vastly underwhelmed in a game that should have represented a comfortable win on home soil. But the fact that it was Scotland, in a major tournament, gave the intriguing contest a real edge.

England played below themselves and Harry Kane’s total lack of impact epitomised their night. Scotland, on the other hand, were hyped up for it and controlled their emotions better than they did in their opening match.

Netherlands were never really threatened by Austria in the second round of matches in Group C. Wing-back Denzel Dumfries emerged as the hero for the Dutch, winning a penalty and later scoring himself.

Frenkie de Jong and Georginio Wijnaldum also impressed for the home side in Amsterdam, while Austria were a bit of a disappointment.

Belgium looked impressive as they flexed their muscles with a 3-0 win over Russia to kick off their campaign. It was a relatively comfortable evening for the highest ranked side in the tournament, with Russia just a shadow of the team they had been in 2018.

Romelu Lukaku scored twice, one goal in either half, dedicating his first to Inter teammate Christian Eriksen, whose collapse while playing for Denmark had happened only a couple of hours earlier.

Despite a low score-line, Russia’s win over Finland in Group B was an intriguing watch and could easily have gone either way.

Finland did have the ball in the net through Joel Pohjanpalo but it was ruled out for offside. There was also fine defensive work, while Aleksei Miranchuk’s winner in first half stoppage time was delightfully precise.

After comfortably seeing off Germany in their opening group game, France were expected to go to Budapest and take maximum points away from Hungary with ease.

Trouble is, they perhaps hadn’t factored in a baking hot day, raucous atmosphere and a home side really up for the fight.

Attila Fiola’s cracking goal could only be cancelled out by Antoine Griezmann in the second half, earning the hosts a valuable point.

Scotland’s first tournament game in 23 years took place in front of just under 10,000 fans at Hampden Park and the build-up, including the Scottish anthem, was an emotional one.

Sadly for the Scots, the game included one of the best goals you’re ever likely to see at a European Championship tournament when Czech Republic striker Patrik Schick scored an incredible effort from the halfway line, immediately making a meme of Scotland goalkeeper David Marshall.

Poland disappointed and Slovakia impressed in a game that was widely expected to go the other way. Slovakia were the better team in the first half, with forwards Robert Mak and Ondrej Duda causing particular problems, but a different Poland emerged after half-time.

The instant equaliser prompted 15 minutes of Polish pressure, before Grzegorz Krychowiak was sent off and the power balance shifted again.

First half goals from Andriy Yarmolenko and Roman Yaremchuk gave Ukraine all three points against North Macedonia, who were far from embrassed in a relatively even contest.

Ezgjan Alioski scored the rebound from his own saved penalty to get the Macedonians back into it. A late penalty miss from Ruslan Malinovsky ultimately didn’t matter for Ukraine.

Portugal left it late to beat Hungary in what threatened to be a hostile environment for the visitors in Budapest, but a trio of goals in the closing stages saw one of the favourites to lift the trophy get off to a winning start.

Cristiano Ronaldo scored two of Portugal’s goals. His first of the game was his 10th in European Championship tournaments, breaking Michel Platini’s longstanding record that had stood since 1984. He then extended his own new record to 11.

An excellent opening goal from Austria’s Stefan Lainer, and North Macedonia’s first goal in their first appearance at a major tournament from national hero Goran Pandev, made for a strong first half from the clash in Bucharest.

Austria prevailed with two goals late on, although the game was marred by accusations of Marko Arnautovic using racist language towards two Macedonian players during his celebration.

Italy crushed a limp Switzerland with a strong performance in their second group game in front of their own fans in Roma, with Sassuolo midfielder Manuel Locatelli the standout player for the impressive Azzurri.

Locatelli scored twice on the night, once in either half. His all-round performance was excellent, but his second goal low into the bottom corner from outside the penalty area was a particular highlight.

France gave the impression that was still plenty more to give as they beat Germany 1-0 in Munich in their opening game of the competition. A solitary own goal from Mats Hummels decided it, but the French were still the superior side and were well worth the win.

Kylian Mbappe scored what would have been a glorious second goal for France that was ruled out as he had strayed marginally offside before receiving the ball.

Even though it is the first pan-continental European Championship finals, Italy delivered a perfect opening ceremony made more poignant by the year’s delay and everything that has happened globally due to the coronavirus pandemic.

Andrea Bocelli’s rendition of Nessun Dorma was sensational, while social media was blown away by the tiny car that took the ball onto the pitch. It all added to the spectacle as a whole and the game itself wasn’t bad either.

Five days after watching Christian Eriksen fight for his life on the pitch, Denmark came out of the blocks on fire and took the lead early in their second Group B game against a top Belgium side.

For a while, viewers were left thinking if this was a fairytale in the making. But then the Belgian cavalry arrived, with Kevin De Bruyne and Eden Hazard coming off the bench to turn the class factor up a notch.

In what was their first tournament game since the 2014 World Cup, the Netherlands avoided a comeback scare against Ukraine in a five-goal thriller in their opening game in Amsterdam.

Even the goalless first half had provided plenty of excitement, with both teams attacking and creating chances. The Dutch raced into a 2-0 lead early in the second half, only to be pegged back by two quick-fire Ukraine goals. Denzel Dumfries then won it late on for the home side.

After securing a commendable draw against Switzerland in their opening group game, Wales knew that they needed another big performance against Turkey to further their chances of escaping Group A.

Not only did Robert Page’s boys get the job done, they did so in exhilarating style – goals from Aaron Ramsey and Connor Roberts rendering Gareth Bale’s second half penalty miss irrelevant.

After losing their opening game in the so-called ‘group of death’, Germany needed to prove a number of doubters wrong against Portugal.

After an quarter of hour, things weren’t really going to plan on that front – Cristiano Ronaldo having opened the scoring with a record-extending 12th goal in European Championship competition.

But Joachim Low’s side fought back superbly, and inspired by the genius performances of Joshua Kimmich and Robin Gosens at wing-back, Germany blasted their way back into Euro 2020.

Two own goals, a Kai Havertz strike and Gosens header later, it was job done for Die Mannschaft in what was a throughly entertaining game in Munich.